We were all surprised at how fast and easy it is! For us, this is the perfect solution for experimenting and taking the initiative to digitalise our company. 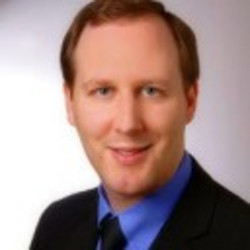 Apps instead of paper: fire protection company embarks on a digitalisation drive

What is the specific challenge?

Calanbau Brandschutzanlagen GmbH's extensive portfolio covers everything from project planning to the construction and maintenance of stationary extinguishing systems.
The company values professional competence just as much as technical innovation - especially in the field of digitalisation. Until now, many employees struggled with unwieldy clipboard forms when collecting data. This created mountains of data, caused the quality to suffer and disrupted the workflow.

Calanbau wanted to take advantage of digitalisation and further develop the company. So, they decided to experiment: apps instead of paper. Going forward, processes like accident reports or risk analyses were to be mapped as digital forms. This would ensure a uniform, high-quality data input.

What is the solution?

Calanbau's app creators first tried out the modular system from smapOne for themselves, creating simple app designs for testing. They then developed these apps further, optimising them and adapting them to their own specific needs - all in cooperation with the smapOne team. The employees ended up solving the supposedly significant challenge of "digitalisation" themselves with no problems and not even much configuration effort.

The formerly paper-based, analogue process is now mapped into a modern and digital form on mobile devices like smartphones and tablets. Workers log their details in seconds into the app form, sending the complete data records to the relevant authorities for further processing.

A big advantage of the apps is their integrated photo function. This increases the quality of information significantly, providing direct visual proof in later documents.
Piles of paper are eliminated, as are waiting times since no one has to go around and tediously collect them to bring them to the office. This simplifies the workflow and
encourages an agile way of working.

How does digital transformation work in the company?

Since employees were involved in the app creation process from the start, there was already a high level of acceptance from the outset. Each creator and app user now contributes to the gradual digitalisation that the company intitiated. Increased transparency of data entry and transmission has also made employees feel more comfortable with the documentation process because it is efficient, convenient and fast.

Calanbau recognises the opportunities of digitalisation and plans to expand their flexible app solution to all departments and all employees – that's ultimately around 2,000 users. This makes the company one of the digital pioneers in its industry.

For more than 30 years, Calanbau Bandschutzanlagen GmbH has stood for tailor-made fire protection solutions and demonstrated its expertise in areas where it counts, including central points of the value chain with high risk potential – for example, large industrial production plants, central warehouses and logistics hubs.

Sustainability and the responsible use of resources are two important components of the way BAM, a German real estate service provider, works. That is why the company is increasingly relying on lean, digital solutions. Digitisation "at the snap of a finger".

CANCOM fleet: how 2 apps improve the work of 1,500 employees

THese days, the CANCOM fleet's drivers create vehicle handover protocols and accident reports digitally using two apps from smapOne. This improves the reliability and speed of their processes and saves the company 30-40% in preparation time and recording information via the app.

Want to be successful too?

Let’s create your success story together!

Get a free 14-day trial today.